Gareth Southgate OBE (born 3 September 1970) is an English football manager and former player who played as a defender and midfielder. He has been the manager of the England national team since 2016.

Southgate won the League Cup with both Aston Villa (in 1995–96) and Middlesbrough (in 2003–04) and captained Crystal Palace to win the First Division championship in 1993–94. He also played in the 2000 FA Cup Final for Villa and the 2006 UEFA Cup Final for Middlesbrough. Internationally, Southgate made 57 appearances for the England team between 1995 and 2004. He played every game of England's campaign in the 1996 European Championships, but his penalty miss sent England out in the semi-final. He also featured in both the 1998 FIFA World Cup and the 2000 European Championships. His playing career ended in May 2006 at the age of 35, after more than 500 league appearances.

Southgate was manager of Middlesbrough from June 2006 until October 2009. He also managed the England under-21 team from 2013 to 2016, before becoming the England national team manager in 2016, succeeding Sam Allardyce. In his first tournament as England manager, the 2018 FIFA World Cup, Southgate became the third manager (after Alf Ramsey and Bobby Robson) to reach a World Cup semi-final with the England team, which won him the BBC Sports Personality of the Year Coach Award. At UEFA Euro 2020, he became the first England manager to reach the final of a European Championship and to reach any major tournament final since 1966; England eventually lost to Italy in a penalty shootout.

This page also has a version in other languages :  Гарет Саутгейт (russian) 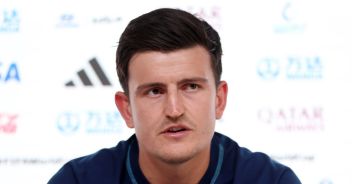 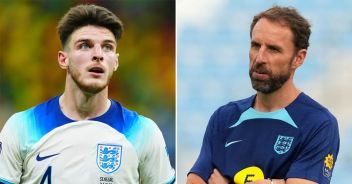 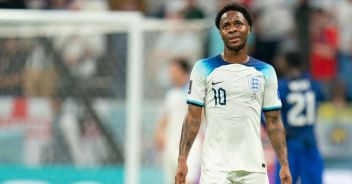 England kits contain hidden details, nods to the past and reflect youthful energy 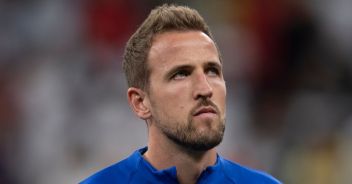