Portsmouth Football Club is an English professional association football club in Portsmouth, Hampshire. The team compete in EFL League One, the third tier of the English football league system. The club was founded on 5 April 1898 and home matches are played at Fratton Park, their original home ground which was first opened on 15 August 1899. Portsmouth are also known as Pompey, the local nickname for both the city of Portsmouth and HMNB Portsmouth. Uniquely, Portsmouth is the only club in English professional football which is not located on the mainland of Great Britain, as the club and the city of Portsmouth are both built on Portsea Island instead.

Portsmouth have been the top tier League Champions of England twice; in the consecutive 1948–49 and 1949–50 seasons. Portsmouth have won the FA Cup twice; in 1939 and 2008, the FA Charity Shield once in 1949 and the EFL Trophy once in 2019. They have also won the second tier title once in 2002–03, the third tier three times in 1923–24 (South), 1961–62, 1982–83 and the fourth tier once in 2016–17. By winning the League Two title in 2017, Portsmouth became only the fifth English football club to win all four tiers of current English professional football. In addition, Portsmouth are also one of only two English football clubs (along with Wolverhampton Wanderers) to have been champions of five professional divisions including the former regional Football League Third Division South championship in the 1923–24 season. Before their election into the national English Football League in 1920, Portsmouth were also champions of the regional Southern Football League in 1901–02 and 1919–20. The team were also champions of the Western Football League in 1900–01, 1901–02 and 1902–03.

After earning promotion from the Second Division in the 1926–27 season, Portsmouth became the first football club south of London to reach the First Division, the top tier of professional English football. They also became the first club in the Football League to gain promotion thr

This page also has a version in other languages :  Портсмут (russian) 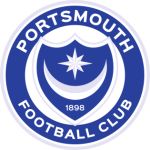 Bournemouth will begin their preparations for the 2022-23 campaign with a pre-season clash against League One outfit Sheffield Wednesday on Friday afternoon.
10 July 2022
sportsmole.co.uk

Bristol City and Portsmouth continue their preparations for the 2022-23 campaign with a behind-closed-doors friendly at the Robins High Performance Centre on Tuesday.
6 July 2022
talksport.com

If you had to guess a Premier League player that has received a standing ovation from opposition supporters, it wouldn't take long until Thierry Henry's name came up.
4 July 2022
sportsmole.co.uk

Arsenal have announced that Zak Swanson has left the club to join Portsmouth on a permanent deal.
30 June 2022
talksport.com

Kevin-Prince Boateng to retire after 2022/23 season

Hertha Berlin midfielder Kevin-Prince Boateng has confirmed that he will retire at the end of the 2022/23 season.
23 June 2022
talksport.com

A footballer being bigger than the club he's at will always be an issue to some fans while others just want to see superstars on their doorsteps.
21 June 2022
talksport.com

Galtier will go from Portsmouth assistant to managing Messi, Mbappe and Neymar at PSG

Paris Saint-Germain have tried almost everything in their pursuit of that elusive Champions League title, and their latest attempt is a former Portsmouth assistant.
20 June 2022
mirror.co.uk

The 46-year-old was last week unveiled as the new boss of the Championship club, succeeding Neil Critchley, despite having walked out on them in his early days of management
17 June 2022
sportsmole.co.uk

Thomas Partey has revealed he has changed his name - but Arsenal fans with his shirt don't have to worry about getting a replacement.
9 June 2022
sportsmole.co.uk

Southampton are reportedly closing in on the permanent signing of Manchester City goalkeeper Gavin Bazunu.
3 May 2022
talksport.com

Fulham are facing the challenge of adapting to life back in the Premier League after securing promotion from the Championship.
3 May 2022
mirror.co.uk

Legendary pundit Kamara has announced he is leaving Soccer Saturday this season having become a beloved figure, with Jeff Stelling paying a tearful tribute to the former Portsmouth star Chris Kamara has shared a health update after leaving Sky Sports
11 April 2022
mirror.co.uk

Rotherham and Sutton United will both put their promotion bids aside in pursuit of Wembley glory this weekend.
30 March 2022
mirror.co.uk

Jermain Defoe, who scored 162 Premier League goals during spells with West Ham, Tottenham, Portsmouth, Bournemouth and Sunderland has today confirmed his intention to retire from the professional game
23 March 2022
mirror.co.uk

Liverpool ace won't leave Klopp's side despite being 'world's best No.2'

Liverpool are set to reject any interest for their heroic goalkeeper Caoimhin Kelleher.
10 March 2022
mirror.co.uk

Oxford won the League Cup and spent three years in the top flight in the 1980s but a slow demise eventually saw them end up in non-league - Now, the goal-laden U's are dreaming of a Championship return
8 March 2022
talksport.com

Cristiano Ronaldo is so often the match winner - but probably shouldn't take any free-kicks for Manchester United on Sunday.
28 February 2022
mirror.co.uk

The fourth-round FA Cup tie between Crystal Palace and Hartlepool United at Selhurst Park on Saturday afternoon was stopped after a medical emergency in the crowd
3 February 2022
talksport.com

If Roy Keane gets the Sunderland job and he tries to sign you, try and handle it better than former Premier League midfielder Matty Taylor did back in 2008.
31 January 2022
talksport.com