Yeclano Deportivo is a Spanish football team based in Yecla, in the autonomous community of Murcia. Founded in 2004 it currently plays in Segunda Division B, holding home games at Estadio de La Constitucion, which has a capacity of 4,000 spectators.

Yeclano Deportivo was founded in 2004, after the disappearance of historical Yeclano Club de Futbol. Pedro Romero with other local supporters became the founders of the new club from Yeclano. It first competed in the fourth division in 2006–07, being relocated to Group 13 in 2008. In the 2008-09 season the club was in the leading group, finally finished in the 4th position, just 7 points away from the champion.

In the 2009–10 season Yeclano finished in second position in its group, promoting to the third level for the first time in its history after disposing of CF Trival Valderas (5–3 on aggregate), UD Pajara Playas de Jandia (2–1) and Haro Deportivo (1–1, penalty shootout win) in the playoffs. The next season was difficult, as the club couldn't remain its place in the Segunda Division B.

This page also has a version in other languages :  Еклано (russian) 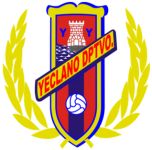